Coffee, baristas and the future of the job market 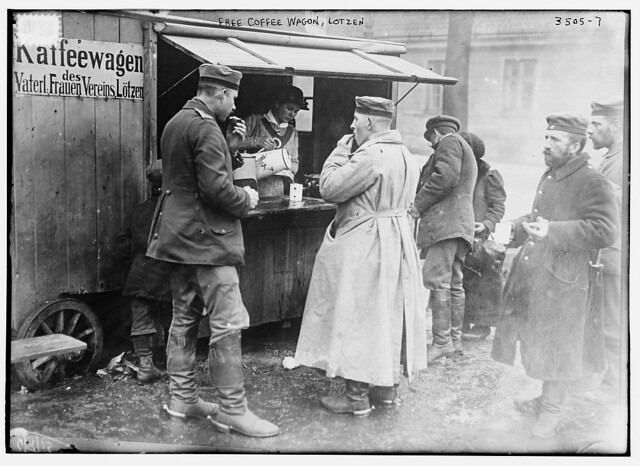 If you read much of the business press, you’ve probably seen plenty of articles talking about how many jobs new technology is set to destroy.

Here’s a some good examples I found in five minutes of googling:

As I was sitting in a coffee shop at the airport this morning, I was struck by the big flaw in this “computers to destroy jobs” thinking. The answer is in the coffee (and the number of people employed as baristas to be more specific).

From the technical perspective, we haven’t needed humans to make coffee for us for 20-30 years.

Machines have taken us to the point where there’s actually no need to pay a specialist to make our coffee. Functionally, a machine can make coffee just fine. Whether you think of Nespresso, or the old coffee vending machine, there’s plenty of evidence that a machine can produce perfectly acceptable premium coffee. Don’t believe me? See this blind taste test where Nespresso comprehensively defeated baristas from top Michelin starred restaurants in London.

On this basis, it’s hard to argue that the job of a barista is not technically redundant. Machines can functionally do everything that a barista can in terms of coffee production. So following the logic of the authors above, machines/computers should be decimating the ranks of the professional barista. So, is this happening? What’s actually happened to barista employment?

It turns out that the employment market for baristas has never been stronger.

Government figures say there’s been 35.4% growth in barista employment over the past ten years. And below I’ve grabbed a snapshot of the Indeed job trends chart, highlighting the number of global job advertisements featuring the word “barista”.

Clearly, there’s a lot of nuances in the discussion. There’s demand side dynamics, unstated consumer preferences etc. But these nuances are exactly the point. There’s a lot more to industry change than just technology. Just because technology can functionally replicate a job role, doesn’t mean technology will substitute that job role.

So next time you come across a “computers destroying jobs” article, keep the coffee analogy in mind. Just because a machine can replace a human, it doesn’t necessarily mean that a machine will replace a human.